View Our Apartments from the Comfort of Your Own Home

Our website has all the resources you need to find your new home. View walkthrough video tours and photos of our floorplans, pricing, amenities, and even complete an application online. We also provide community tours using FaceTime or other video chat software. Please click on the Contact Us link to schedule a virtual tour.

You are running an unsupported browser, please consider upgrading to a modern browser. 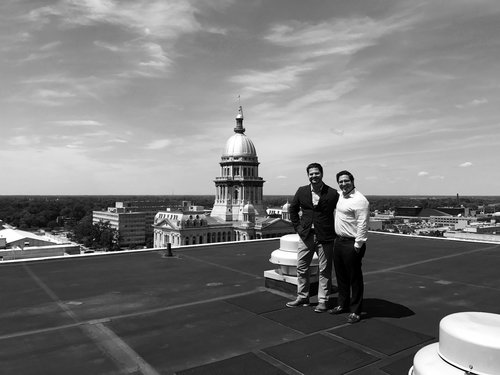 Recently operated and restored by H&A Property Management, Lincoln Tower has been at the heart of Springfield, Illinois, since its groundbreaking in 1964. Lincoln Tower is known for its red carpet appeal, attracting many of Springfield's most notable figures.

In 1971, Governor Richard Ogilvie and his family called Lincoln Tower home while the Governor's Mansion was under construction next door. First Lady Dorothy Ogilvie kept watch over the renovations from her executive suite on the 17th floor.

For nearly half a century, Lincoln Tower's neoclassical brick structure has stood tall at the center of the Capitol Complex, uniquely positioned between the State Capitol Building, the Office of the Attorney General and the Governor's mansion.

Within walking distance from Springfield's Amtrak station, Lincoln Tower has become a second home to many public servants and lobbyists who frequently commute between Chicago and Springfield.